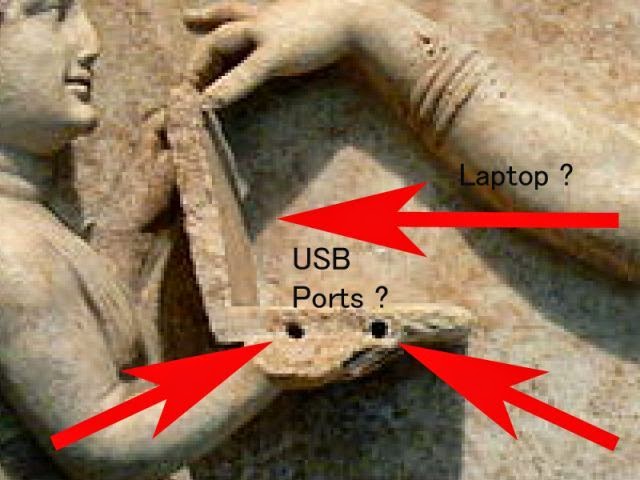 Who says scientists are boring?

Nick Bostrom, professor of Philosophy at Oxford University and the Director of the Future of Humanity Institute has offered the theory that we may not actually be what we think we are. We may, in fact, be a holographic program generated by banks of supercomputers created by an alien species.

As a side note, could you imagine creating a group of sentient beings and then having them figure out on their own that you created them?

This is a pretty fringe concept, but not without its backers. Rich Terrile, the director of the Centre for Evolutionary Computation and Automated Design at NASA’s Jet Propulsion Laboratory thinks that our creator may not be a God, but a cosmic computer programmer. Neat.

“Right now the fastest NASA supercomputers are cranking away at about double the speed of the human brain,” the NASA scientist told Vice. That means this supercomputer would be far beyond anything we can even comprehend.

“If you make a simple calculation using Moore’s Law [which roughly claims computers double in power every two years], you’ll find that these supercomputers, inside of a decade, will have the ability to compute an entire human lifetime of 80 years – including every thought ever conceived during that lifetime – in the span of a month.

“In quantum mechanics, particles do not have a definite state unless they’re being observed.”

“Many theorists have spent a lot of time trying to figure out how you explain this.”

“What I find inspiring is that, even if we are in a simulation or many orders of magnitude down in levels of simulation, somewhere along the line something escaped the primordial ooze to become us and to result in simulations that made us – and that’s cool.”

This may seem like a bunch of whacko nonsense, but the theory does explain away some of the inconsistencies we see in our universe, like why we can’t find extraterrestrial life, even though mathematically it should be abundant, and why dark matter exists.

Some think the theory is flawed.

“The theory seems to be based on the assumption that ‘superminds’ would do things in much the same way as we would do them,” Peter Millican, professor of philosophy and computer science at Oxford University says.

“If they think this world is a simulation, then why do they think the superminds – who are outside the simulation – would be constrained by the same sorts of thoughts and methods that we are?

All things considered, it’s a pretty wild idea. What do you think?

Image source: Ancient Greek Gravestone Describes An Object That Looks Like A Laptop