“This is a job you cannot do if you don’t like diving.  This is work without a beginning or an end.  You have to like to dive in order to become an Ama.”

These are the words of woman who carries on the ancient traditional work of free diving into the ocean of Japan to retrieve seaweed, shellfish, and on a really good day- pearls. In all the fascinating practices of traditional cultures throughout the world, humanity never ceases to amaze and inspire.  If you have never heard of the mystifying female divers of Japan, called Ama, take this opportunity to submerge yourself into an ancient and highly skilled tradition of these Women of the Sea.  The tradition of Ama is so deep that a poem by Japanese poet, Otomo no Yakamochi about these amazing female divers is included in a volume called Manyoshu- the oldest anthology of poetry in Japan. 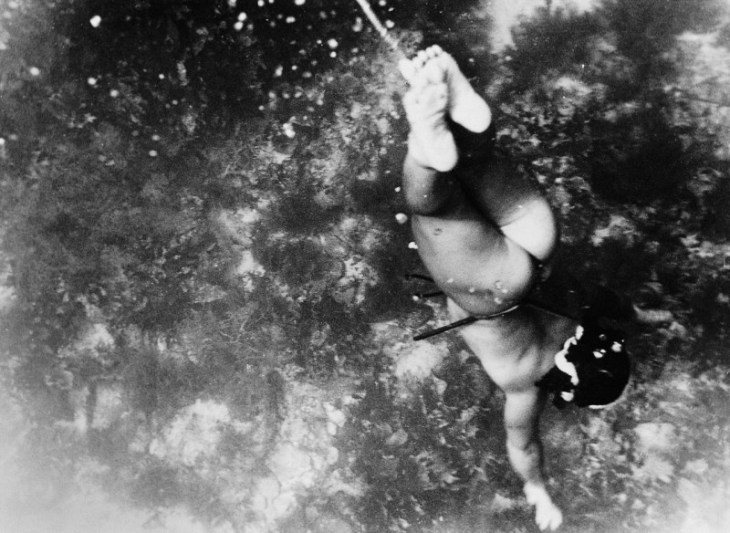 The name Ama, in fact, is a Japanese word that literally means “Woman of the Sea”.  The traditional vocation of deep sea diving to collect the treasures off the sea floor near the coastline was passed down through families.  It is said that women rather than men were chosen to be the divers because women naturally possess a higher percentage of body fat, allowing the body to insulate itself within the cold coastal waters.  Even more amazing is the fact that, up until modern times, Ama dove almost entirely naked, wearing nothing but a loin cloth. This is because clothing would hinder diving and quick swimming. 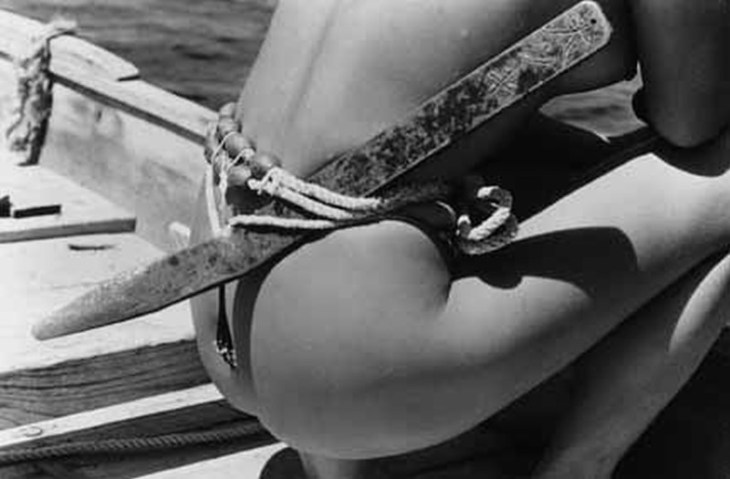 It is imperative for these women to move quickly in the water as they traditionally have relied on no equipment such as goggles, flippers, or diving accoutrements. Despite the tradition of diving with no equipment, the divers often reach depths of around 30 feet and generally work 4 hours a day if weather is permitting. Eventually the Ama began to use goggles and it wasn’t until the mid 1960’s that wetsuits became a trade uniform for the Ama. 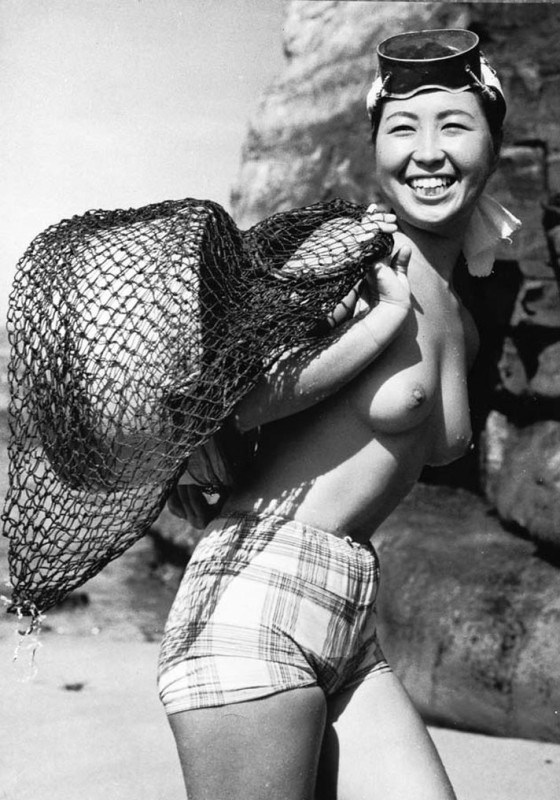 In the sea-surrounded communities where Ama is traditionally passed down through families, it has been told that families would celebrate the birth of a daughter by throwing red rice because the birth of a baby girl meant the continuation of the tradition.  The amount of practicing Amas, however, has declined in the modern times.  This is perhaps due to the seemingly unstoppable surge of technologies which allow for more fish and sea life to be caught with less time and effort.  These same so-called advances, however, are also some of the main contributors to the decline of coastal ecosystems and sea life populations.

In the Island Ama community, the land and the sea are honored and protected.  The regulations for life on the island and fishing guidelines are created and upheld by the people themselves with a deeply rooted understanding of the importance in sustainability.  The guidelines created by the people designate which tools are and aren’t allowed to be used, the appropriate season for diving and fishin, and the times during the day in which the shoreline is open for workers.  The small town only has two cars in it’s entirety- on for trash collection and the other for emergencies.

It seems that deeply rooted in the tradition of the Ama’s is a strong conviction that honoring and respecting the earth and the boundaries of the natural habitat is of the utmost importance.  Being an Ama is more than a job where one clocks in and out and counts the years to retirement.  As quoted above it is a job without beginning and without end- both in the lives of the individual women doing this unique work and as an important facet of the traditions of the community as a whole.

Most Ama continue to dive as long as they can, expressing that it is an important part of their daily lives and that they feel a continuous call to the depths of the sea.  In a documentary about the culture of the Ama called “Where the Sea Whistle Echoes”, Hideko Sakaguchi, an Ama since age 14, says, “Me? As long as I can dive, as long as I can come here well, I will keep diving.  You get the urge you know.”

To women so intimately connected to the currents of the sea, it must be written into their cells.  May the beautiful tradition of the Ama divers continue into the future generations.