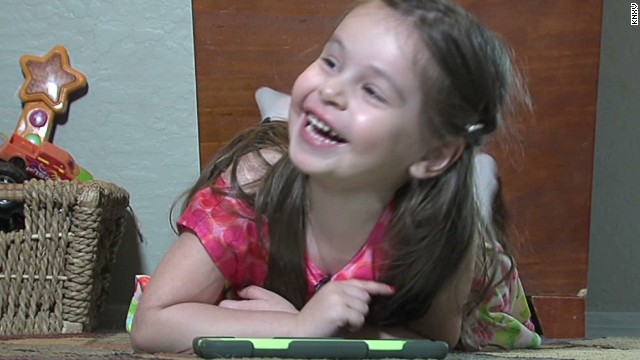 A 3-year-old Arizona girl, who taught herself Spanish using an iPad, has an IQ so high she was admitted into Mensa, an Arizona television station reports.

Mensa is the not-for-profit organization whose members must have IQs that would put them in the top 2% of the population.

Alexis Martin, of Queen Creek, has an IQ higher than 99.9% of other 3-year-olds. She started reading when she was 2, and now reads at a fifth grade-level, her father, Ian, told ABC15.

Mensa currently has about 3,500 “young Mensans” who are under the age of 18 and about 56,000 adults, said Lisa Van Gemert, gifted youth specialist for American Mensa, in an interview with USA TODAY Network.

Early signs of giftedness include having a large vocabulary, the ability to speak in sentences rather than a few words here and there and the ability to teach oneself to read at an early age, Edward Amend, a clinical psychologist who evaluates gifted children, told USA TODAY Network.

Profoundly gifted kids — those in the top 98th percentile of IQ such as Alexis — also tend to have longer attention spans, Amend said.

But Van Gemert said she would not recommend having parents “rushing off” to get their children an IQ test unless there’s a reason, such as their IQ is affecting how they learn at school.

“If the kids just turns out to be average intelligence or just normal gifted, as opposed to freak show smart, then they feel disappointed and it becomes a contest. That’s really unhealthy,” Van Gemert said.