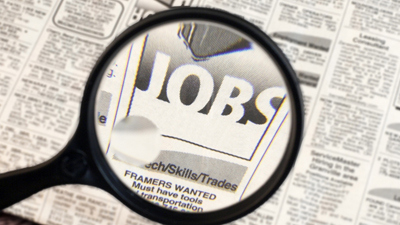 Work stress can wreak havoc on your body, mind, and soul.

But while mentally strong people know how to manage stress, could the most intelligent career path be the one of least resistance?

Quora users suggest applying your smarts to finding one of these jobs that embrace ultimate laziness.

English as a second language teacher in China

“Perhaps one out of every three English teachers I’ve met in Beijing describe themselves as ‘intelligent, but very lazy,'” writes game designer Andy Lee Chaisiri.

The demand for English teachers in China is so high, he explains, that the standards for hiring are not very stringent. He says that while customers feel more satisfied learning from a teacher with a college degree, demand is so high that many schools are willing to lie about credentials and hire someone without a degree that speaks native English.

Chaisiri writes that English teaching offers flexible hours, and you can work as much or as little as you want.

What’s more: “Income levels will match the middle-class college graduates that work 50 hours a week and do overtime until they die,” he says. “In China you will be paid at the very least three times more than a Chinese person who studied teaching, working full time at a school.”

If you’re already in China, you might also consider getting paid for your foreigner status.

As Ph.D. student Rob Donnelly writes, “the only intelligence it really requires is to be smart enough to apply for and get the jobs in the first place.”

Some Chinese companies will pay men $1,000 a week to don a business suit and shake hands with Chinese businessmen, while others will hire foreigners to attend real-estate events and pose as celebrities.

“It is a widespread belief in China that if foreigners are hired at an event, the whole thing is bumped up to another level,” a real-estate agent from the outskirts of Chongqing told The Times.

You might think scientists are the last people that should be lazy, but, as surface chemist Chuck Cronan points out, “Laziness breeds invention.”

“All of my exciting work was done to improve (usually speed up) an existing situation,” Cronan explains.

Some people would argue lazy people make the best employees because they’re the ones who know the shortcuts and efficiencies and how to eliminate problems, keep things running smoothly, and save time.

And, indeed, plenty of inventions have been created out of a desire to make life easier.

“Whatever you do, laziness is not a defect — you will discover it will guide you to a new approach to propose a solution that had been avoided because it might be considered too easy,” Cronan writes.

“[Programming] is a continuous learning process, but you really don’t have to work that hard, and gradually you learn that many of the challenges are repetitive,” writes tech-policy analyst Paul Denlinger.

“Good programmers write as few lines of code as possible, and it is one of those professions which pays well, while at the same time, encouraging laziness, he says.

An added bonus: You get to work to work with other reasonably intelligent people while investors give you lots of money for the next great idea.

Ian Peters-Campbell adds that software engineering is the best possible job for someone who doesn’t want to do any work because engineers continually create automated tools to keep themselves from doing actually work.

“There’s a (half) joke that most innovation is driven by the laziness of software engineers,” he writes. “It is the perfect job for very lazy people who don’t mind really long hours and very hard work.”

When investigative reporter Fred Landis first moved to California, he says he noticed that there was almost one “guru” for every 100 persons in Beverly Hills, Santa Barbara, or La Jolla.

He then noticed what he describes as “a huge cultural push to turn anyone in the public eye into a guru.”

The word “guru” comes from Sanskrit and connotes “teacher,” but in a more spiritual sense than teacher means in English. Traditionally, gurus teach not only specific knowledge but also counsel on matters of the mind and soul.

However, in today’s Western culture, the word has been appropriated to take on a slightly different meaning.

“There is a great spiritual void in America,” Landis writes. “Many new rich have not done a great deal of introspection.”

He explains that’s why every movie actor has to have a cause.

“There were, and continue to be, more people with money than informed ideas,” he says.

While some believe there is a lot of capital in spiritual advice, others contend the same about counsel in general.

“My personal opinion is that the best possible job for someone who is intelligent but lazy would be to be a professional expert at something — to get paid to just share your thoughts and opinions about things with people who will do the heavy lifting,” he writes.

To become an expert he suggests identifying the activities you don’t consider work and finding people who will pay you to do them. “Chances are, the things you consider fun and easy are things someone else finds so hard that they’re willing to pay you to do them,” he says.