Meet the billionaire who gives away 99% of His Wealth 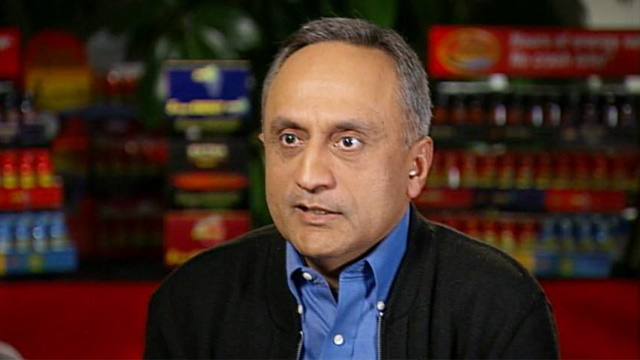 Manoj Bhargava is one of those really rare billionaires.  He is the founder and CEO of that little drink you take when you’re low on energy and need to get a lot of work accomplished.  5-hour-energy, which exploded in popularity and made him super rich, pretty much over night.

In the documentary Billions In Change he was asked about wealth simply admitted, “But what do you do with it?”.  Bhargava founded an initiative to answer that question.  Even by the experts, Manoj refuses to be told something isn’t possible, and considers himself to be a ‘do-er’.

At the big building which houses the 5-hour energy offices, Manoj has employed engineers, inventors and other professionals to just come in and do their thing.  Their mission: to create and manufacture things that would benefits the entire world’s poorest people.

His team is completely set up for success and full mission accomplishment, and how you may ask? With an unlimited budget to buy any and every tools such as 3D printers, that they need to get the job done.

This entrepreneur is worth 4 billion dollars and gives 99% of his income to the Billions in the Change movement and its team of world changing inventors.  He goes on to point out that there are three billion people that have no electricity, and aims to build technologies and products based around that fact.

He also dreams of what the world could become with just that simplest of things such as electricity being distributed to the world.

Mr. Bhargava goes on to say, “Service to others seems the only intelligent choice for the use of wealth.  The other choices especially personal consumption, seem either useless or harmful.”

Along with other heavy hitters like Bill Gates and Warren Buffet, these men have signed up to the The Giving Pledge, in which the super wealthy promise to donate majorities of their incomes and fortunes to good causes.

Just to think, these individuals have come together and instead of hoarding their money they have decided to help make the world a better place. Hopefully everyone who has found themselves in a position of privilege will follow suit.