Researchers working at Michigan State University (MSU) have created a completely transparent solar collector which is so clear that it could replace conventional glass in windows. The new devices – dubbed transparent luminescent solar concentrators – have the potential to not only turn windows into solar electric generators, but the screens of smartphones, vehicle glazing, and almost anything else that has a see-through surface. 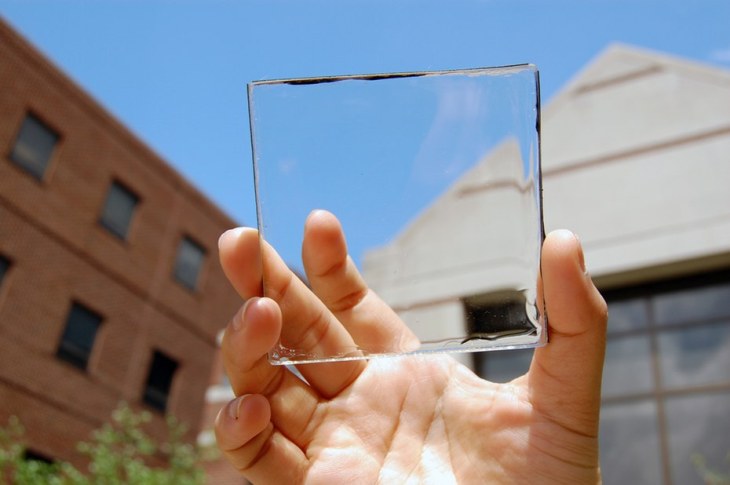 Experiments with transparent solar collectors have been conducted for quite some time now, but they have resulted in variable success and many poor results – particularly around the inefficient production of energy. More to the point, most of the produced materials weren’t completely transparent, rather being brightly-colored or too darkly tinted.

“No one wants to sit behind colored glass,” said Richard Lunt, assistant professor of chemical engineering and materials science at MSU. “It makes for a very colorful environment, like working in a disco. We take an approach where we actually make the luminescent active layer itself transparent.”

Unlike standard photovoltaic solar cells that capture energy mainly from the visible part of the light spectrum, the transparent solar collectors developed by the MSU team use microscopic organic molecules designed to absorb specific wavelengths of light invisible to the human eye. To accumulate and use this solar energy, the collector channels the light to the perimeter edge of the plastic where it is transformed into electricity by thin strips of photovoltaic solar cells. 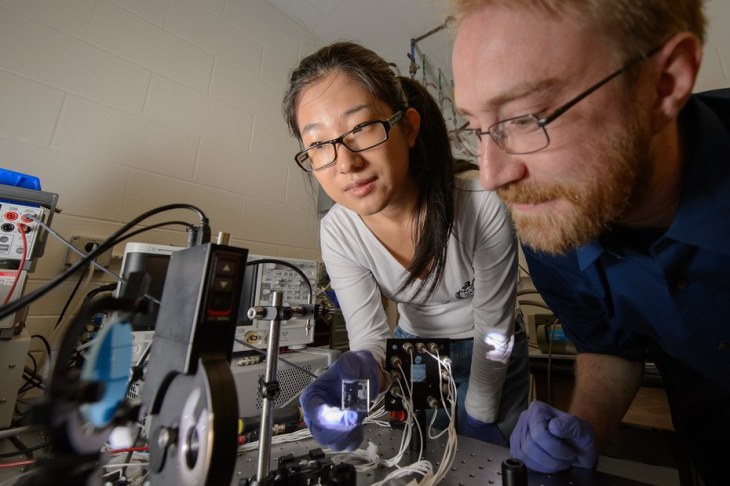 “We can tune these materials to pick up just the ultraviolet and the near infrared wavelengths that then ‘glow’ at another wavelength in the infrared,” explained Lunt. “Because the materials do not absorb or emit light in the visible spectrum, they look exceptionally transparent to the human eye.”

As previously stated, one of the proposed uses of this completely transparent material would be in its use as a solar collector in place of conventional glazing or where transparent plastics are now used. The team admits that the technology is still at an early stage in its development, but claims that it holds the prospect of being scaled-up to commercial levels for use in industrial applications and can be produced at a reasonable cost.

“It opens a lot of area to deploy solar energy in a non-intrusive way,” said Lunt . “It can be used on tall buildings with lots of windows or any kind of mobile device that demands high aesthetic quality like a phone or e-reader. Ultimately we want to make solar harvesting surfaces that you do not even know are there.”