Volunteer firefighter Patrick Hardison, 41, of Senatobia, MS, was injured in September 2001 when the roof of a burning home collapsed on him during a rescue search. The accident left him with disfiguring burns across his entire face, head, neck, and upper torso.

After enduring more than 70 surgeries in Mississippi and elsewhere, Patrick was brought to the attention of Dr. Eduardo D. Rodriguez, the Helen L. Kimmel Professor of Reconstructive Plastic Surgery and chair of the Hansjörg Wyss Department of Plastic Surgery at NYU Langone.

On the morning of August 15, 2015, a team of more than 100 physicians, nurses, technical staff, and support staff, led by Dr. Rodriguez, completed a 26-hour surgery for Patrick’s face transplant, the most extensive face transplant to date and the first in New York State.

Team at NYU Langone Medical Center, led by Dr. Eduardo D. Rodriguez, recently performed the most complex and comprehensive face transplant to date in a 26-hour surgery beginning the morning of August 14, 2015. The recipient was a first responder, 41-year-old Patrick Hardison of Senatobia, Mississippi, who experienced extensive facial burns in September 2001 in the line of duty as a volunteer firefighter. 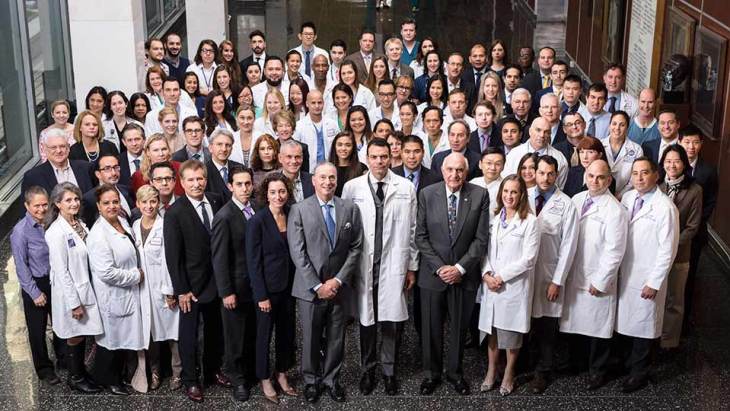 “When I met Patrick and heard his story, I knew that I had to do all I could to help him—and every member of my team felt the same way,” Dr. Rodriguez says. “His surgery sets new standards in facial transplantation and will serve as an amazing learning tool. We could not have helped Patrick without amazing teamwork.”

Patrick was injured in September 2001 in Mississippi—coincidentally, just days before the 9/11 attacks. After he entered a burning home on a rescue search, the roof collapsed on him, leaving him with disfiguring burns across his entire face, head, neck, and upper torso. He lost his eyelids, ears, lips, and most of his nose, as well as his hair, including his eyebrows.

After more than 70 previous surgeries, Patrick was referred to Dr. Rodriguez and was evaluated for a face transplant. Dr. Rodriguez was then recruited to NYU Langone to lead a department, develop the Face Transplant Program, and train a team of experts while Patrick remained under his care.

After more than a year of preparation for the procedure, Dr. Rodriguez and his team were able to give Patrick a new face, scalp, ears and ear canals, and selected portions of bone from the chin, cheeks, and entire nose. He also received new eyelids and the muscles that control blinking, as he was previously unable to close his eyes completely.

Just three months after the surgery, Patrick is doing well and is quickly returning to his daily routines. He will continue to have extensive rehabilitation therapy to improve his strength and speech.

“I am deeply grateful to my donor and his family,” Patrick says. “Even though I did not know who they would be, I prayed for them every day, knowing the difficult decision they would have to make in order to help me. I hope they see in me the goodness of their decision. I also want to thank Dr. Rodriguez and his amazing team. They have given me more than a new face. They have given me a new life.”