Breaking Gender Stereotypes Or Creating New Ones? – The New Face Of Barbie Doll Is A Little Boy

Some say Taylor Gregory’s part in a viral Barbie doll commercial is shattering gender roles, and believe he’s become a face for LGBT members who recall catching flak for playing with dolls. 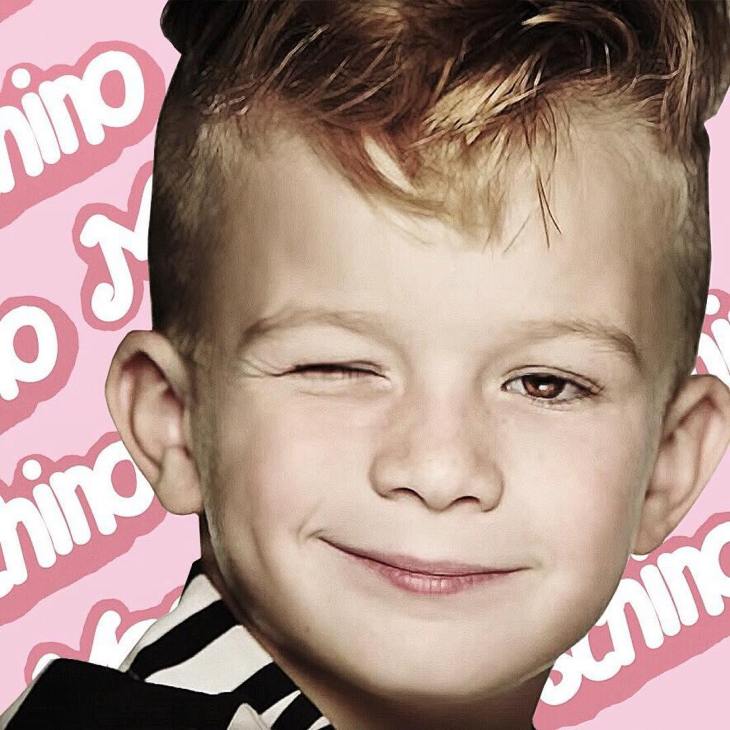 ‘He is just playing a part with this commercial, but he is helping so many people,’ his mom says

Others, mostly adults, have criticized Taylor’s part in the Moschino Barbie video, suggesting he play with a GI Joe doll instead.

But for the 7-year-old Mississippi boy, the video was another day at work.

“He is just playing a part with this commercial, but he is helping so many people,” said his mother, Renee Rodriguez.

Two weeks ago, Mattel and Moschino released the 30-second ad promoting fashion designer Jeremy Scott’s clothing line for Barbie. In the commercial, Taylor, sporting a blond Mohawk, says the clothes are “so fierce!”

It debuted Nov. 9, the day the Moschino Barbie went on sale. Rodriguez said the doll sold out in less than an hour.

She never expected her child to be trending on Facebook. Taylor is the first boy featured in an advertisement for Barbie.

“I think it’s going to be a really nice launching pad for him to go and do other things he wants to do,” she said.

She realized her son’s face was on computers and phones nationwide when she saw several national new shows airing the video.

And as the clicks on YouTube rose, so did the comments.

Pandora Boxx, a famous drag queen, posted Monday, “This almost made me cry! I used to play with my sister’s Barbies and felt such shame afterward. I’m so glad we can just let kids be kids. Thank you for this! Boys like dolls too!”

Others weren’t so positive about Taylor’s part.

“uhh why is that boy playing with Barbies??” was posted Tuesday.

Another commented, “Still waiting to see a boy in the commercial.”

At first, Rodriguez said, she was angry people would make fun of her child. He was acting, after all.

“And then, after I got over the angry part, I thought, ‘I won’t look anymore.’ I didn’t care what they were saying. I have to raise my kid the way he wants to be.”

Taylor said he enjoyed meeting Scott and shooting the commercial. He wore an outfit picked by Scott himself. After a day of rehearsals, Taylor put in eight hours filming the ad.

Taylor knows how to work a room — even if it’s his own.

The top bunk in the bright-blue space he shares with his teenage brother is just as varied and spunky as he is — there’s an Air Force poster on the wall and an “Avengers” pillow nestled next to a stuffed giraffe. His comforter is hot pink and green.

While in his room, Taylor spun a Hula Hoop around his waist as he talked about playing video games, cleaning up his Lego blocks and avoiding arguments between his brother and sister. He enjoys watching TV, dancing like Justin Beiber and riding his scooter. He also enjoys football and soccer.

He has been dancing for about two years and loves hip-hop and ballet. He trains at the Gulf Coast School of Performing Arts in D’Iberville.

At practice Wednesday, teacher Joshua Burchette helped Taylor memorize movements to a hip-hop routine he performed with his class.

Owner Elaine Kulick said he is a bright student who learns quickly.

“We do have more boys that are coming in and taking classes,” she said. Taylor is on the competition squad. 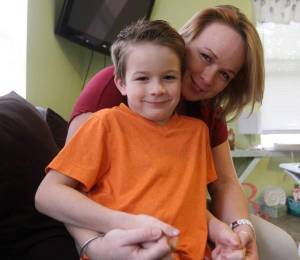 Seven months out of the year, Taylor and his mom live in a small apartment in Burbank, Calif., while Taylor auditions and shoots commercials or television scenes.

A “day at the office” could include hours in a makeup chair getting transformed into a child vampire alongside Lady Gaga in “American Horror Story: Hotel,” or donning a suit to play Ted Cruz in a “Funny or Die” video skit in which children quote Republican presidential candidates.

Taylor decided he wanted to be an actor when he was 4, after watching Chris Evans in “Captain America.” 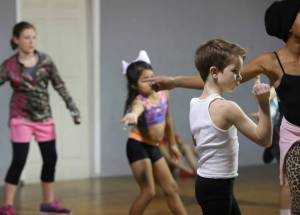 From that moment on, Rodriguez said, her son worked hard to get booked. They got an agent in New Orleans and an agency and manager in California. He got his first gig when was 6, starring in a commercial.

“He talks to everybody. He has a huge personality,” she said.

As he got more work, Rodriguez quit her teaching job to head to California with Taylor, who is home-schooled.

She said her husband and two other children live in Biloxi.

She said there are challenges to being gone so long, but she’ll do what it takes to support her child’s dream.