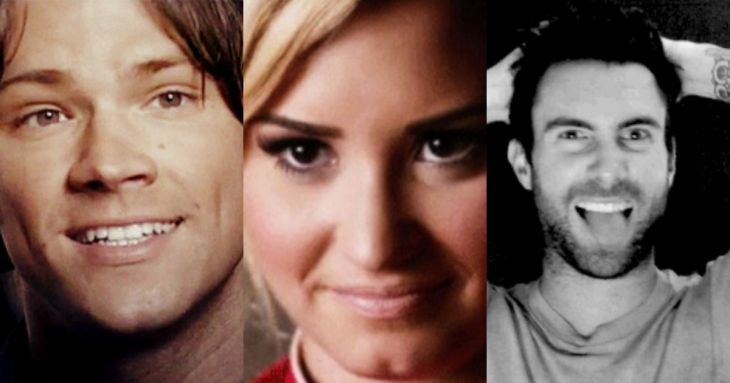 Living with mental illness is often a very isolating experience.

The loneliness is typically a result of the widespread stigma surrounding these various illnesses, including depression, anxiety, bipolar disorder and ADHD. It can be difficult to discuss the symptoms of mental illness, even with a doctor, which may preclude some from getting the treatment they desperately need.

Celebrities are working to reduce the stigma by doing one extraordinarily brave thing: standing up and talking about their own mental illness. By opening themselves to widespread scrutiny, these celebs are able to offer hope to those who truly need to hear that message. Their words have the potential to save lives.

Hear what they have to say and spread the word to break down the stigmas surrounding mental health:

“When I was first diagnosed with ADHD, it wasn’t a surprise because I had difficulty in high school focusing. And I think now, people notice my ADHD as an adult on a daily basis. When I can’t pay attention, I really can’t pay attention.” — Adam Levine, Attention Deficit Hyperactivity Disorder (ADHD)

“I remember my makeup artist and assistant walking me to the set [of ‘The Aviator’] and going, ‘Oh God, we’re going to need 10 minutes to get him there because he has to walk back and step on that thing, touch the door and walk in and out again.” — Leonardo DiCaprio, Obsessive Compulsive Disorder (OCD)

“Like millions of others, I take medication to help treat my mental illness. Treating chronic medical conditions must not be stigmatized.” — John Green, Depression, Anxiety, Obsessive Compulsive Disorder (OCD)

“I remember sitting with my manager and my family and talking to them about whether or not to speak out about the issues that I was dealing with. I knew that there were two options: I could either not talk about my stint in rehab and hope that it went away, or I could talk about it and inspire people to get help for their issues as well, so that’s exactly what I did.”—Demi Lovato, Bipolar II Disorder

“I don’t bite my nails, but I rip out my eyelashes. It doesn’t hurt, but it’s really annoying. Every time I run out of the house, I have to stop and pick up a whole set of fake eyelashes.” — Olivia Munn, Anxiety and Trichotillomania

“Sometimes you didn’t want to be that person. You didn’t want to hold the dinner party hostage. And I didn’t have a choice. I’d keep people on the phone for eight hours. When my mania is going strong, it’s sort of a clear path. You know, I’m flying high up onto the mountain, but it starts going too fast. I stop being able to connect. My sentences don’t make sense. I’m not tracking anymore and I can’t sleep and I’m not reliable.” —Carrie Fisher, Bipolar I Disorder

“And honestly? Antidepressants help! If you can change your brain chemistry enough to think, ‘I want to get up in the morning; I don’t want to sleep until four in the afternoon. I want to get up and go do my sh*t and go to work and …’ Reset the auto-meter, kick-start the engine!” — Jon Hamm, Depression

“Finally I went into the hospital when I was 19 for depression and for cutting. I wasn’t the person I wanted to be and I knew something was wrong. The therapist diagnosed me with anorexia, exercise bulimia — instead of throwing up you go to the gym for hours — depression and body dysmorphia.” — Brittany Snow, Depression, Body Dysmorphia and eating disorders

“I’ll go into a hotel room. Before I can relax I have to move all the leaflets and all the books and put them in a drawer. Everything has to be perfect.” — David Beckham, Obsessive Compulsive Disorder (OCD)

“As soon as I said [‘I need help’], I knew that I was going to get better, and I was determined to get better. But it was just a relief to be able to say those.” — Elton John, Bulimia

“[The depression diagnosis] kind of hit me like a sack of bricks. I mean, I was 25 years old. I had my own TV show. I had dogs that I loved and tons of friends, and I was getting adoration from fans and I was happy with my work, but I couldn’t figure out what it was; it doesn’t always make sense is my point. It’s not just people who can’t find a job or can’t fit in in society that struggle with depression sometimes.” — Jared Padalecki, Depression

“I never wanted to be as open about it as I was. I have a British stiff-upper-lip mentality — it wasn’t something I wanted to shout from the rooftops. But when it did come to light, I know I’m not the only person who suffers with it or has to deal with it on a day-to-day basis. So, if I’ve helped anybody by discussing bipolar or depression, that’s great.” — Catherine Zeta-Jones, Bipolar II Disorder