Cue the 100,000th video by a musician explaining how we can all end oppression without actually examining how oppression operates…

If you’ve never heard of Prince Ea (Richard Williams), he’s an American rapper and activist who talks about issues ranging from the environment to politics.

The video doesn’t actually challenge anyone to do anything. It collapses everyone into the same category, thereby flattening out all systems of oppression and discrimination as though we should all do the SAME amount of work to stop hatred (despite the fact that some strategically benefit from the system, and others are crushed by it).

Using Labels to Define Ourselves Isn’t the Problem

The problem is when the majority of the world’s population doesn’t have access to labeling, and, thus, to choosing how they’d like to define and understand themselves. A tiny percentage of the population has had the power to label everyone else how they see fit…making themselves superior, or the norm, and all others inferior, as “the Other.” That’s what we’ve been suffering from- being seen as inferior and unworthy, and being denied the dignity to define ourselves- not the act of labeling itself.

Prior to colonialism, every group of people had their own narrative system which gave rise to unique fundamental classifications and labels. Many times, these narratives prioritized the group that authored the system. But there was nothing wrong with that because those narratives were not globally instituted as the only legitimate way to understand or group people.

In denying legitimacy to the ways populations label themselves, the dominant group keeps hold of their power. For instance, it’s no coincidence that upon arriving to the Americas, Africans were stripped of their names- our most fundamental label- and forced to assume the European names chosen by their white masters. This was a strategy to disempower Africans.

So, the problem isn’t labeling….it’s who’s doing the labeling and for what purpose.

Although labels, categories, etc. do have the function of individuating populations, as well as individuals within those populations, it’s silly to assume that individuation itself creates problems.

As a simple example, we divide ourselves by our first names (one of us is “Syl”, the other “Aph”), family names (“the Gonzales” who live down the road from “the Kowalskis”), affiliations (we are “black feminists” while our good friends are “indigenous feminists”) or lifestyles (“punks”, “hippies”). We can make even stronger divisions among ourselves, informed by whatever we like (yes, even physical traits) and still get along.

People assume differences must be bad or divisive because we’ve always served up differences within hierarchical logic.

But we tend to overlook the possibility that wanting to homogenize people- despite our different histories, rituals, lifestyles, locations, and ways of thinking- might itself be an oppressive project.

You know what else isn’t biologically real? Principles of justice. Moral systems. Romantic love. These are just things we as humans made up. But that doesn’t mean the only criterion for reality is biology or the material world. Things can be SOCIALLY real and those things usually matter THE MOST to us….precisely because WE made them up.

Showing how everyone is the “same” pretty much bypasses the whole entire problematic system of white supremacy, patriarchy, etc. which tells us that certain people have more value than others. To ignore those systems (which caused these problems) and to simply chalk it up to mere labels absolutely misses the mark when it comes to understanding how oppression operates and is sustained.

To Tackle Systems of Oppression, Your Activism Must Be Guided By Your Social Location In the System

Oppressed people and privileged people shouldn’t be engaging in the same exact efforts to end the system. It makes absolutely no sense for everyone to do the exact same thing to end systems that disproportionately impact everyone differently. Also, Prince Ea fails to realize that privileged folks don’t necessarily want the system to end because they benefit from it.

In the video, Prince Ea says:

See, our bodies are just cars that we operate and drive around
The dealership we call society decided to label mine the “black edition,”
Yours the “Irish” or “White edition”
And with no money down, 0% APR, and no test drive
We were forced to own these cars for the rest of our lives

Prince Ea should focus a bit more on the dealership-called-society part because society didn’t arbitrarily decide to mark his blackness as inferior….systems of oppression like white supremacy purposefully did that. That’s why the “black” label is viewed as less-than and “white” isn’t, so it makes no sense to act as though the “black” and “white” labels are equally oppressive simply because they’re labels.

If we’re going to use the car analogy to describe how the system operates, the reality is some cars are purposefully given higher value by the car dealership based upon their color. Rather than doing away with color labels altogether, Prince Ea should investigate why the car dealership is being unfair.

Additionally, assuming racial groups need to work “equally” hard to end hatred is absurd and inevitably ends up making people of color labor even harder when we’re already trying to survive under these unjust systems.

We do not have an equal start on the race track of life, meaning that we can’t act as though all of our bodies are magically equal when systems of domination exist.

Check out this video which pretty much demonstrates the point:

Prince Ea’s Video Is the Racial Version of Reducetarianism

You know that horribly misguided awkward “movement” led by a white guy called Reducetarianism? It’s a new term that aims to get people to eat less meat by essentially doing nothing. They get the benefit of an activist label (reducetarian) if they just think about eating less meat (even if they keep consuming animal flesh).

Doing nothing shouldn’t be treated as an activist campaign.

We can’t pretend racial notions do not exist. This could be a disastrous, even dangerous, method to employ. It does nothing to address the fact of racism and, in fact, can help maintain it.

For instance, although U.S laws do not make any explicit reference to races anymore, they are just as effective in maintaining racism. Racism transcends not just skin color but even racial terms themselves. Avoiding these key terms as an uprooting strategy is to misunderstand the nature of words and notions and how deeply entrenched they are in our attitudes, practices and institutions, whether or not we explicitly refer to them.

In addition, some references to racial identification have been crucial to dismantling racism. For instance, movements in which “black” has been redefined or reclaimed by populations negatively impacted by racism serve to powerfully confront the messages spread by racial thinking.

Okay, though Prince Ea calls his song “I am Not a Label”, the video is titled, “I am NOT Black. You are NOT white.” We absolutely hate when activist campaigns treat different raced bodies as interchangable. It’s disingenous. Throughout the whole video, Prince Ea features different people mouthing out his words, suggesting that we’re “all the same.” However, to deny that different racialized bodies have different amounts of social capital is absolutely absurd and pretty much demonstrates why Prince Ea shouldn’t even be touching the topic.

People want to fix problems before understanding what the actual problem is…which ends up reproducing the problem.

Remember that Pharrell song “Happy” that played on repeat on the radio for months. There’s this forced narrative of happiness in our society that tells people (especially people of color) that we should be happy and laugh everything off. If you keep a positive attitude, you will be fine. If you’re in a a bad mood, or mad, it’s because you individually chose to be in a bad mood! Stop letting the world get to you!! 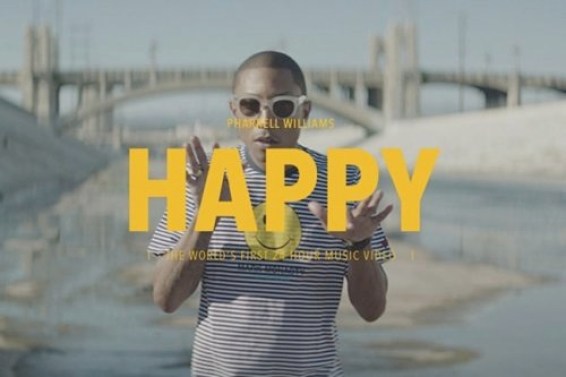 And when you let an artificial label define yourself
Then, my friend, you have chosen smallness over greatness and minimized yourself
Confined and divided yourself from others
And it is an undeniable fact that
When there is division, there will be conflict
And conflict starts wars

So, apparently we’re the ones that have to sing kumbaya with white folks, or else we’re being “angry.” If we decide to call ourselves “black”, we’re dividing ourselves from others. Right…

He’s basically saying: If you experience racism, it’s because you’re allowing yourself to be upset about a label that isn’t even real, bruh!

Prince Ea ends his video with all of these diverse folks standing around with the word “LOVE” in front of them. Sure, we should all have love for one another, but part of the reason why we don’t isn’t because individual people are just mean and hateful. It’s because we have violent systems of oppression (that folks of color don’t control) that Prince Ea doesn’t mention at all. (He’d probably say that white supremacy is just a label.)

It’s violent to stop folks of color from expressing their justified rage. Compassion shouldn’t be a one way streak where black folks are “kind” to white folks and work alongside them to end systems that are killing them. Compassion is allowing black folks to be angry. Real love is when privileged folks stop assuming world peace will happen in a white supremacist, patriarchal society that favors certain people. 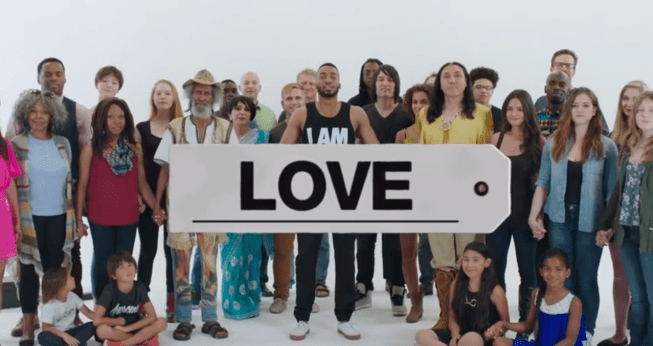 critical analysis   I am not a label   manifest   Prince Ea