Adult coloring books are helping people relax around the world, but this new coloring innovation will have the kids excited. Disney Research has been developing an augmented reality coloring book and app that let kids bring their on-page creations to life. Unlike similar apps (like Quiver) that came before it, Disney’s creation lets you see the character in 3D as you’re coloring.

Another innovative feature is the app’s ability to generate simulated textures for the back of objects. It does this by applying pixels from the drawing to every piece of a lookup map. It then applies a rough guess of the texture to the object and then ‘relaxes’ it using a virtual spring system (the video below shows the process in action). 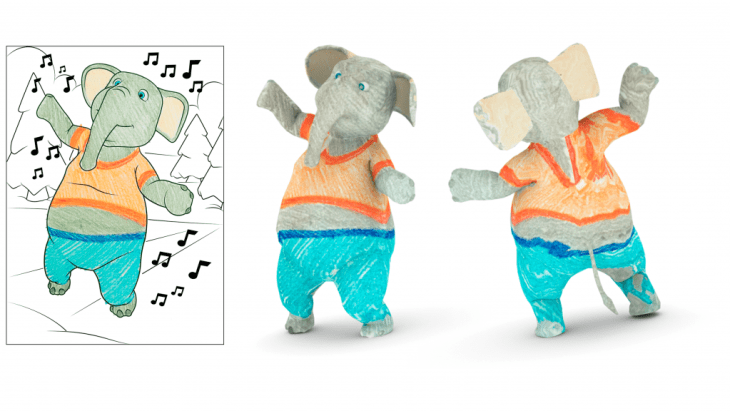 To make sure they were getting things right, the team conducted an online study with 315 participants who evaluated the way textures were applied. The results were overwhelmingly positive.

The app is currently in its developmental stages, but when it’s released expect to see a fantastic synthesis of tactile and digital play for kids.