Europe’s Youngest Master Student And IT Genius At 12: Petru Rogojan 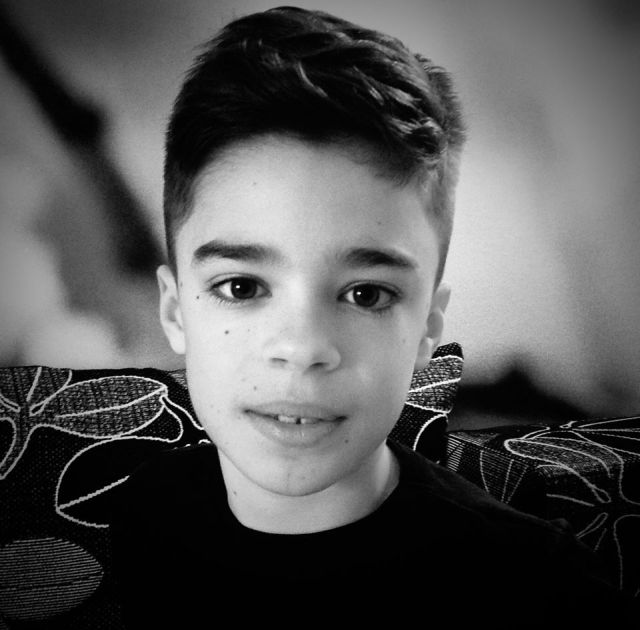 Awarded by QEast Software and by some of the best world IT experts at the ‘Rotary Club Sibiu Excellence Awards’, a child from Sibiu is about to break all academic records in Europe. 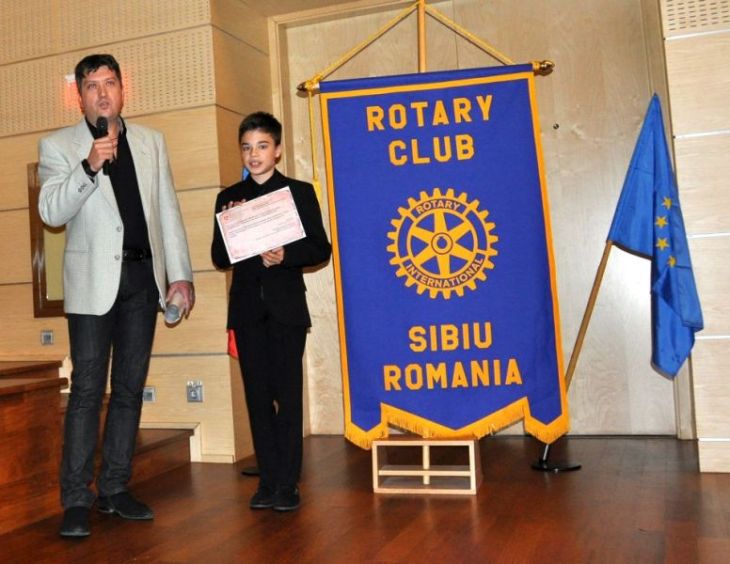 At the ‘Rotary Club Sibiu Excellence Awards’ held at the Hotel Ramada in Sibiu on Monday, a special child received an entirely special distinction.

His story is pretty much unbelievable. Two years ago, a young mother holding her 10-year old child by the hand was knocking at the door of the Swiss Webacademy vocational association to sign him up for the Web Design classes.

Because of the child’s age, the Swiss Webacademy head initially refused to have him, suggesting to the mother to wait for at least two more years. Then, seeing the determination of the child, she accepted to have him for an initial trial period, subject to how well he would do.

Petru Rogojan joined the adult Web Design class hoping to obtain a certificate that would have been the equivalent of 30 ECTS credits from the West Switzerland Swiss University of Applies Sciences of Neuchâtel/Saint-Imier (HES-SO, HE-ARC Haute Ecole d’Ingénieurs).

After less than a year, Petru became one of the best web designers in his class. His project was to build the website of the Children’s Palace in Sibiu (www.palatulcopiilorsibiu.ro). The website he created became the official website of the institution and Petru became the youngest student who obtained a qualification from Haute Ecole d’Ingénieurs of all times.

The following year, Petru joined the Web Programmer class. At just 11 years, he began to learn to write web data base applications and PhP programming. He also graduated the second part of the first year that would be the equivalent of a full Master’s degree, top of his class.

Moreover, the Swiss teachers agreed that Petru achieved the best Web Programmer project. His website was a surprise to everybody as a project proposing a radical change of online presentation and a professional data base of the Brukenthal National College. The impeccable website developed by Petru became two months ago the German version of the official website of the college.

Apart from the appreciation of the College head, the most touching confession comes from Max Klaus, founder and deputy head of the Swiss Federal Service for Public-Private Cooperation against Cyber Crime.

‘As a former independent web designer, before joining the Swiss Confederation, I believe I can have an opinion on Petru’s work. I can say that the web site of the Brukenthal College is especially very well structured. I never imagined an 11-year old could design such a web site’.

This week the Swiss Webacademy has opened the registration for the Web Expert module where only five people out of the over 150 specialised web designers were admitted. Petru is one of the five. After the exams in July, at just 13 years, Petru has the chance to become the youngest European with a qualification which is the equivalent of a full master’s degree recognised around the world.

But the ‘story’ does not end here, perhaps it is barely beginning. In order to become a web expert, every student ideally needs a laptop with very good capabilities, from the latest generation, to use in class. Rotary Club Sibiu has decided to donate a considerable part of the cost of the needed laptop with the help of Lions Club Millennium Sibiu.

Furthermore, during the ‘Cybersecurity in Romania, a Macro-Regional Public-Private dialogue platform’, – where Petru participated as a volunteer, some of the most prestigious institutional speakers, but also private company experts wished to bring their contribution. The big surprise came from the CEO of Q-East Software Romania, who, together with the company team of directors, offered to Petru the flagship of the new Dell laptop range.

So, on Monday night, Petru received his new laptop and donations covering the full cost of the Web Designer course. The ‘Laudatio’ was given by Dr. Florin Sofonea, Lecturer and Pro-dean of the Faculty of Sciences of ‘Lucian Blaga’ University of Sibiu. ‘To Petru, in his future career in IT which we wish to be long and prosperous, his first laptop and these courses will, of course, remain not only a powerful and beautiful memory, but perhaps also a corner stone of what he will become tomorrow in his exceptional professional development. That is because the ‘Diploma of Excellence’ academic recognition, which carries the names of all top specialists in the field and the institutions that have recognised his talent and helped him with their donations will always be fundamental pieces in his CV’.

The ‘Diploma’ was handed over to Petru Rogojan on 3 October, in the applauses of over 200 IT specialists, by Rosheen Awotar-Mauree, high representative of  ITU (UN), with the ceremony marking the very last and naturally the most moving moment of the official closure of the Sibiu congress.