How Do You Help A Fat Cat Lose Weight?

A former 41-pound cat dubbed Skinny has lost more than half of his weight to become the darling of a Dallas veterinary clinic.

Fat cat no more: Hefty feline named Skinny slims down from 41 to 19 pounds 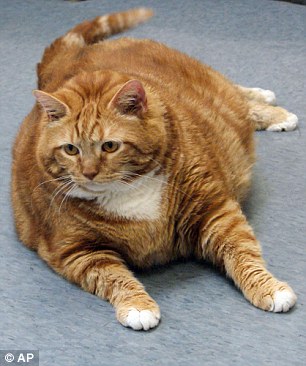 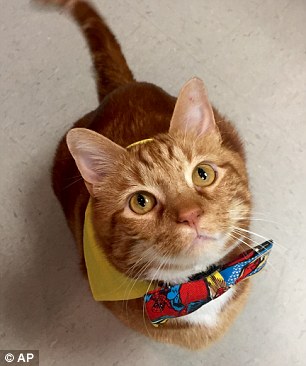 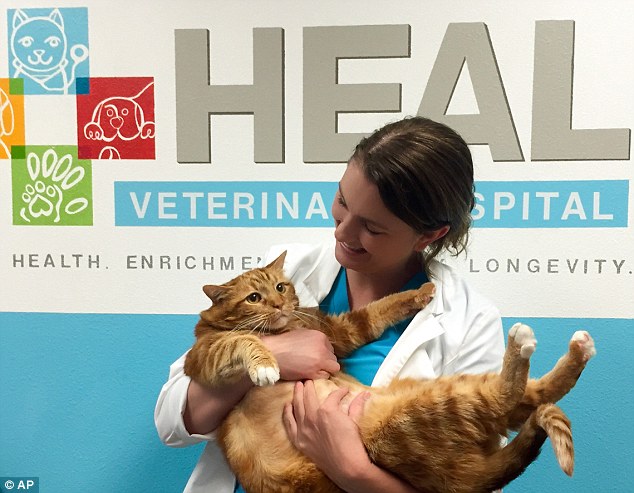 Snuggle: In this photo provided by the HEAL Veterinary Hospital & Pet Rehabilitation, Dr. Brittney Barton holds Skinny, who when found wandering near Dallas in 2012 weighed in at 41 pounds

Barton said Skinny is living proof that while he’s supposed to be a large cat,

‘he’s not supposed to be an obese cat.’

‘I’m happy where he is at this point in time.

‘The rest is just excess skin.’

Watch the video below to see how Skinny did it: